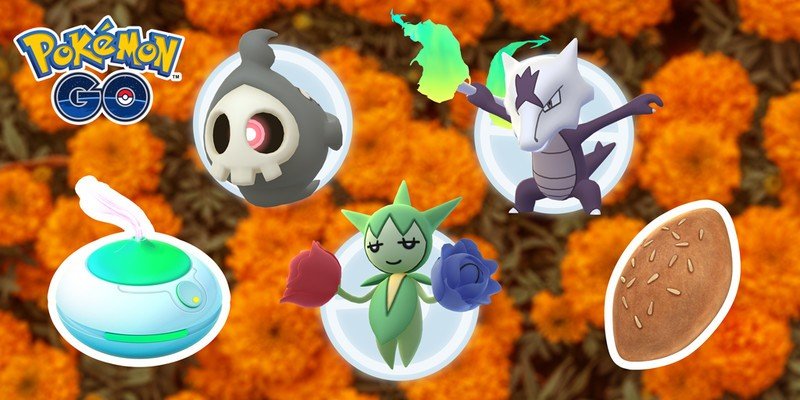 As Pokémon Go trainers prepare for the Pokémon Go Halloween 2020 event, Niantic has announced another holiday event Coming soon. For the first time ever, players will be able to celebrate Dia de Muertos, the Day of the Dead in Pokémon Go. Dia de Muertos is a holiday observed in Mexico and other parts of the Americas during which the lives of those who are not more with us is commemorated and celebrated. A joyful event filled with tasty treats, traditional dances and surrounded by family, this holiday holds a special place in the hearts of many people in Latin America.

Starting November 1, 2020, trainers will see Pokémon harmonize with the themes of Dia de Muertos for two days. Pokémon with increased appearances will include:

Trainers will be able to collect event-exclusive Field Research Tasks from PokéStops and Gyms that will reward encounters with the following Pokémon:

Trainers will be able to enjoy a special Surprised and Poffins Snapshot in their GO Battle League rewards. An event box will also be available in the PokéShop which will include:

Are you thrilled to have the chance to celebrate Dia de Muertos with Pokémon Go? Which of these Pokémon are you eager to catch? Let us know in the comments below and be sure to check out our many Pokémon Go guides so you too can become a Pokémon Master!