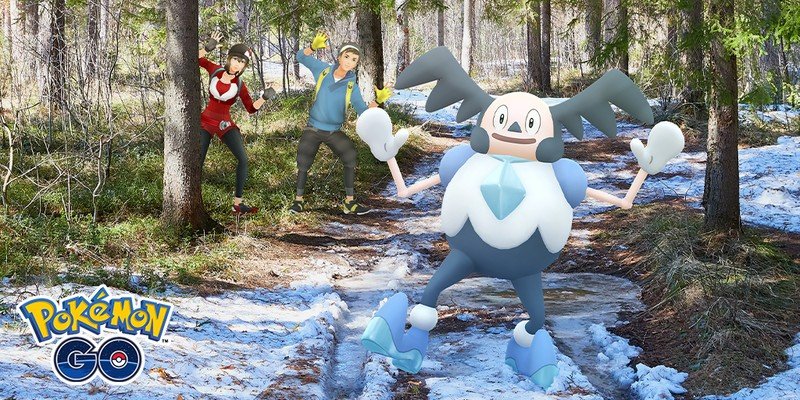 Today, Niantic announced a new special paid research focused on the regional Galarian variant of M. Mime and its evolution, M. Rime. Galarian M. Mime and M. Rime, respectively the Dancing Pokémon and the Comedian Pokémon, were initially encountered in the Gen VIII Galar region. While the original Mr. Mime is a regional exclusive in Pokémon Go, only appearing in Europe, its Galarian variant will be available to players around the world.

To celebrate the Pokémon Go debut of Galarian M. Mime and M. Rime, all players will have access to an event from Friday December 18 through Monday December 21. During this event, the following Pokémon will be attracted to Incense:

VPN offers: lifetime license for $ 16, monthly plans for $ 1 and more

Additionally, Shiny Cubchoo will debut in Pokémon Go, and the incense activated during the event will last for three hours.

Trainers who purchase a ticket for the Special Research Story, Tap … Tap … Tappity-Tap … will be able to earn the following:

Additionally, exclusive Field Research tasks will lead to encounters with Jynx, Lapras, Woobat, and Cubchoo. Tickets will cost $ 8 USD or the local equivalent and will be active on Saturday December 19 and Sunday December 20.

Are you excited for the Pokémon Go debut of Galarian Mr. Mime and Mr. Rime? Are you looking for a shiny Cubchoo? Let us know in the comments below and be sure to check out our best Pokémon Go accessories, so you can be fully equipped for your Pokémon journey!